What started as a test session, led to sweeping the entire weekend at Mid-Michigan Raceway Park’s end of the year special, Corn Harvest 2016. Ryan Heskett and his father CJ, who build engines for many local racers and have used PAC Racing products for years, had determined Kody Weisner’s driving experience was best suited for this particular race. “Friday night was just an open test to kick off the weekend and all I had planned on doing was jumping in Ryan’s Modified to shake it down and make sure they had a good handling piece for the big race on Saturday and Sunday. All their hard work and expertise paid off, that car was fast!”

Finishing in the top three on Saturday, and making it into the “A” main on Sunday, with five heats made up of 45 cars split up among them, Kody gained a win and locked into the 20 car “A” main. The Saturday Night Special Race, which was of the five heat race winners put on quite a show for the fans, in which Outlaw Racing also took the win. That put them two for two Saturday, which allowed them a redraw for a starting position for Sunday’s race. (The top three of each of the five heats get to redraw). Outlaw Racing drew 7th and went on to win the race.

“Once the main started we just stayed patient since it was a long 50 laps and normally there are a good amount of cautions from people being impatient, but that wasn’t the case Sunday. Within the first ten laps I knew we had a really good car and just needed to stay out of trouble. There was a caution around lap 20 which had me restarting 5th on the outside. We all were running around the bottom up until that point so I knew nobody else was going to try to give up the bottom for me to pass. The green flag flew and I rolled to the top and went by the top five cars taking the lead five laps later. That put me in a great spot since a caution flew right after I got the lead. After the caution was cleaned up we went green again for another 20 laps and had built up a half track lead over second place. We had another caution with one lap left but it didn’t matter because we had the car to beat. We ended up sweeping the weekend taking 1st in all three races we were in. It couldn’t have been a better weekend.”

“It’s looking like I will run one more race for the team in a couple weeks in Kokomo, Indiana. I can’t thank Peterson Spring and PAC Racing enough for the great products to use in our engines and suspension systems and allowing me to be able to do what I love most. I look forward to the next race as well as the big show I plan on attending in my own car the second week of December inside the Edward Jones Dome in St. Louis, Missouri where I’ll be competing against 250 of the best modified racers in the country as we battle for the $10,000 payday.”

END_OF_DOCUMENT_TOKEN_TO_BE_REPLACED 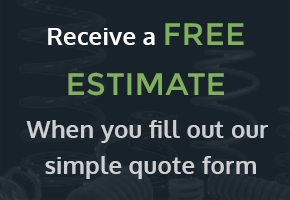